Monitoring of cetaceans between Madeira and Porto Santo

The CETUS-Madeira project, a collaboration between OOM/ARDITI and Porto Santo Line

Monitoring of cetaceans between Madeira and Porto Santo.

Since 2016, two trained observers board the ship "Lobo Marinho", three times a week, to collect data on the presence and distribution of cetaceans on this route. Until the end of 2018, 221 trips were made, totaling more than 1000 hours of observation. There were 761 sightings of cetaceans, with 14 species identified, of which the most sighted were painted dolphins (24%), followed by bottlenose dolphins (17%) and common dolphins (11%). Large whales were also sighted, with sperm whales constituting 4% of the sightings and even a sporadic and rare sighting of a humpback whale. Voluntary domestic and foreign observers participated in this project, with more than 25 observers from 9 countries already participating. 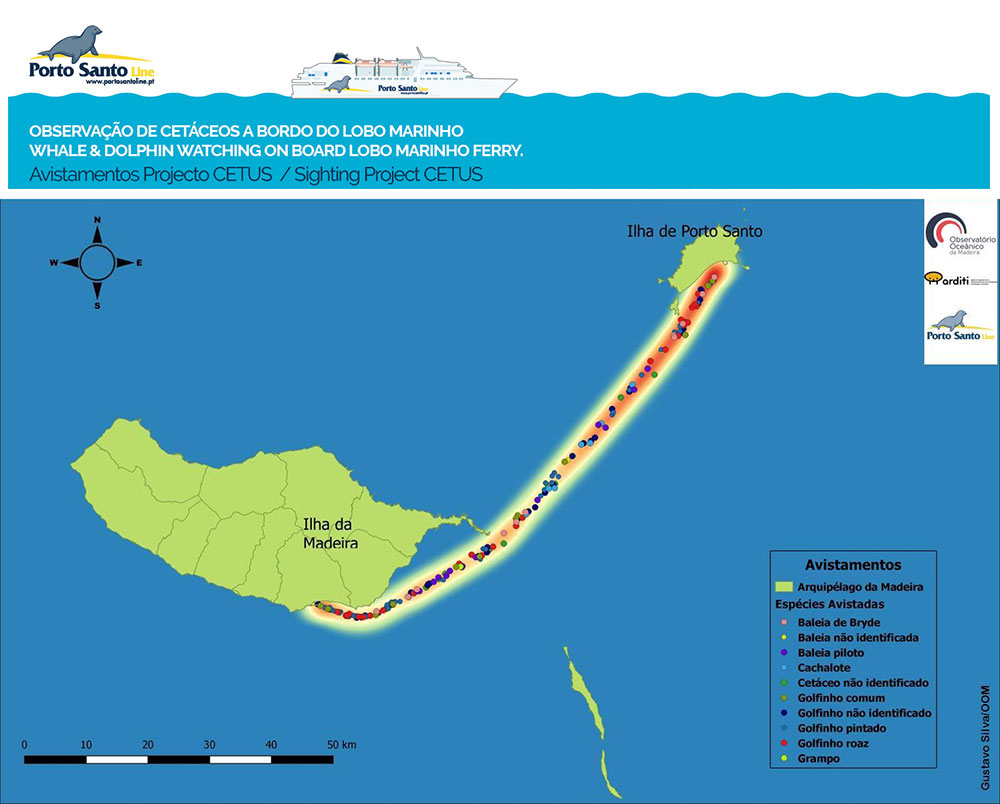